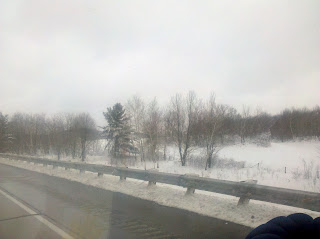 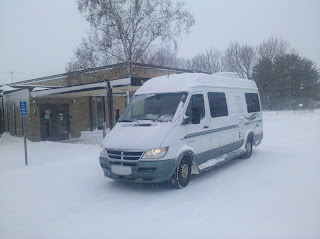 In mid march we returned to the northern edge of Minneapolis to provide a mission for Saint Patrick’s Church of Forest Lake Minnesota. Some of my photos didn't turn out, but you can see the 4 inches that fell on the last day we were there! But there was nothing but warmth in this parish retreat we led there. Both morning and evening sessions were well attended and the prayers of this community led by Fr. DeGrood and Fr. Joppa and the Deacons were at the core of the Lenten season. We were blessed to stay with Deacon Ralph and Louise for the 2nd time, and were so blessed that Jerry wrote a song called "A Grandparent's Blessing" which he sang one night and will be, yes indeed, on the new cd! Cricket led a special session on Intercessory Prayer and the passion of this parish for the presence of the Holy Spirit is even mightier than the winter winds we left when we came back to GA!
Posted by JerryandCricketAull.com at 12:43 PM No comments:

In March we were still ‘back home again in Indiana’ (jerry’s boyhood home) and blessed to do a parish mission for St. Louis De Montfort in Fishers Indiana. This team had also done a remarkable amount of pre work; we were guests in two homes and were treated like family! Father Pat and Fr. Jn were so supportive and the themes of the mission and the readings of the daily Mass were strands they helped weave together in unity. The youth director and musicians were also helpful in this integration!There were both morning and evening sessions, and their parish retreat began with a large gathering of youth preparing for Confirmation. When we arrived, we got to see the kids enjoying a full day of teaching and fun from a parishioner who plays for the Indianapolis Colts. Joe emphasizes faith first, then family, and had brought another Colt with him to share their faith with the youth (and adults!) 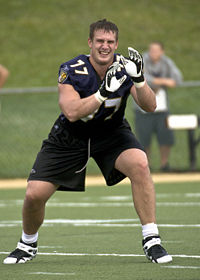 On Sunday night, the parish rallied as a community for one of their own! The Knights of Columbus sponsored a wonderful supper for a youth group member named Grace (amazing Grace the T shirts said!) as she battles cancer. There were more people, food and joy packed into the parish hall than I would have imagined! It was such a blessing to have our mission kick off with such a stellar example of service to others in a time of need!

Rosie and Jn hosted us the first few nights, and we found at dinner that they had left their careers abruptly years ago---even with a young family, and headed to South America as missionaries! Their children, other couples, and even the parish have been directly involved with continuing that ministry for years! My leaving the corporate world didn't seem all that profound as I listened to their story, and the way it has inspired others. When Jn told me over breakfast that he didn't think it was all that big a thing, in fact he said, "All I said was Yes". I wrote a song based on that beautiful assent and it will be on the new cd. 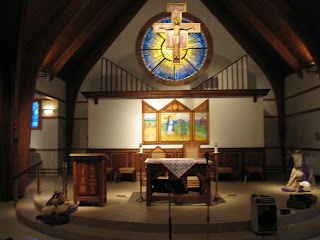 We were blessed to serve St John Vianney parish of Atlanta with a parish mission.  The Friars of SJV, Fr Gregory and Fr Tim previewed the mission by saying they would be there the whole time because they wanted to renew themselves in Lent as well! It began with a prayer concert for the parish based on "Becoming a Prayer". Monday's sessions included our participation with Christ,  and concluded Tueday night with the Eucharist and Cricket leading her teaching on deepening our experience of the Mass. I hope to have more pictures soon, as this experience was a valuable example of Lenten renewal. On Sunday evening, Fr. Tim told jerry that he believed jerry had 'a song in his heart' for a tender poem Fr. Tim's dad had written about the stations of the cross. Well, he was right. Jerry was so moved by the poem that he put it to music in a short period of time and sang it for the mission monday evening. It will be on the new cd, and Fr Tim will play it for his dad this spring!
Posted by JerryandCricketAull.com at 12:11 PM No comments: 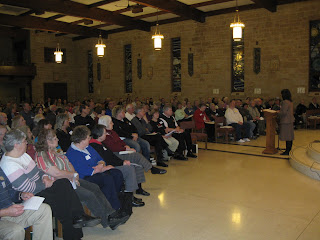 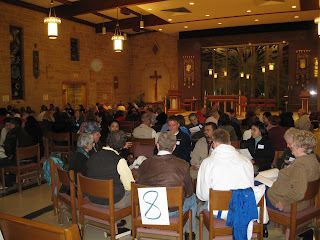 February began with a visit from longtime friend bob Halligan of Ceili rain.  He was providing music and teaching for a conference north of Atlanta.  Bob is a catholic artist, and as a signed staff songwriter has sold over 30,000,000 records of songs he has collaborated on or written.  In the middle of February we traveled to Indiana to provide a lenten mission for jerry's boyhood parish.  This was a remarkable time of grace to be back in the church where Jerry was baptized, went to grade school, learn to serve mass, was confirmed, and so many important family ceremonies.  Father Paul and Father Chris and staff had done a ton of work to make this mission bring the Hispanic and English speaking parts of the parish together.  The picture you see above of #8 refers to over 30 discussion groups that were orchestrated each evening and included translators so the Spanish and non Spanish speakers could share their experiences and views on the topics of each evening of the retreat! Franciscan Brother Moises, director of Hispanic ministry for the Archdiocese, translated cricket's teachings into his own style and the musicians of Holy Spirit parish also did nearly all the music in a bilingual format.350- 500 people attended each night, and the retreat was structured so that bilingual translators were always a part of the teaching and discussions.  Jerry's brother Kenny, the youngest of his nine siblings, added his wonderful servanthood and humor.  We felt we were experiencing a wonderful fellowship in the Body of Christ! 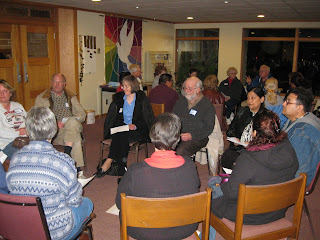 Posted by JerryandCricketAull.com at 11:10 AM No comments: