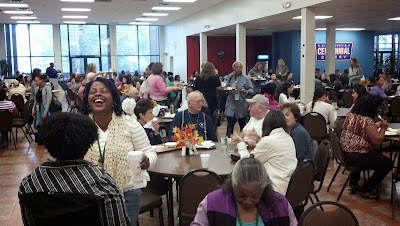 We want to especially thank those of you who keep us in prayer as we have just come through a Fall with more weekends booked in service than ever! On the ‘daily beat’, Cricket is finishing going through nearly 25 years of memories in the house to transition to more life in a small motorhome….She is also writing a new book about this experience!


Jerry continues to teach for the Diaconate Formation program, and he is also working on a Doctorate in Ministry while Teaching for Christ the Teacher College (online MRE degree) 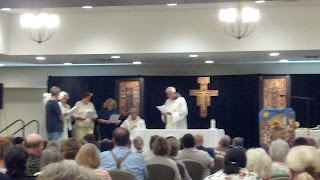 In August, our daughter Bethany and companion Alejandro visited from Spain (tho I called him Ale-eskimo as he was always getting cold in air conditioning), which meant Jerry went to the ARG while Cricket stayed home with family. Talked at ARG with nat’l minister Deacon Tom Bello about our plan to travel to different OFS fraternities in 2014, making ourselves available to serve (he was, as always, extremely supportive). Jerry always does some music for the Memorial service, as well as a light hearted singalong, which this year contained some good natured humor toward Fr. Linus DeSantis, OFM, the spiritual director. 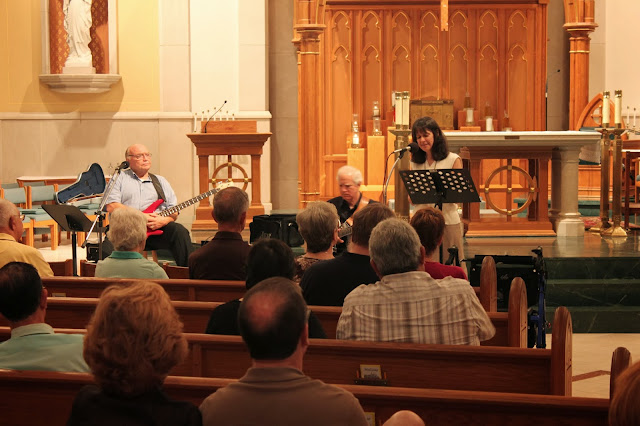 We began Sept serving the Aquinas HS in Augusta faculty retreat, which included four grade school faculties as well. It was a day of reflection following a communal Mass, and a real honor to do something Fr. Michael  Lubinsky of St. Mary’s had worked on for a couple of years since we served him at MHT a few years ago. 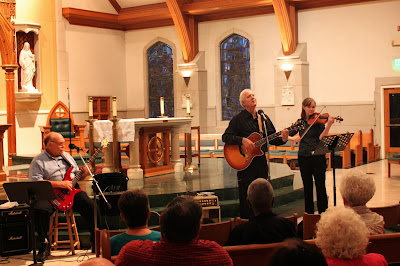 We returned to Augusta a week later to provide a concert and day of reflection sponsored by the Augusta Secular Franciscan fraternity and the parish of St. Mary’s on the Hill. This was a special concert, occurring a special First Friday Mass, that included our long time friends from California Pete and Sue Fullerton. Pete was a founding member of We Five, who had several # 1 hits in the 60’s including “You Were On My Mind”! Pete sang and played bass, and Aquinas music teacher Natalie Salazar also played violin or us! (You would have loved their Ave Maria together!) 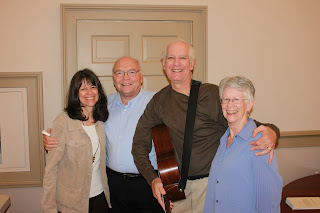 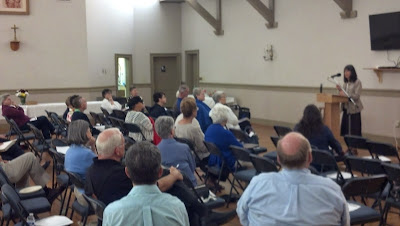 The following day, we provided an interactive day of reflection on the stewardship of time, very well received by a good combination of Secular Franciscans and parish members. 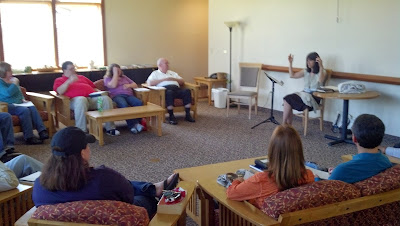 Next, we travelled West for a couple of weeks. We served a 15 person prayer group dedicated to St. Padre Pio in Memphis under the direction of Deacon Norman Alexander. This was an annual retreat weekend, and Cricket’s teaching on Intercession, drawing on the reflections in her book by that name. 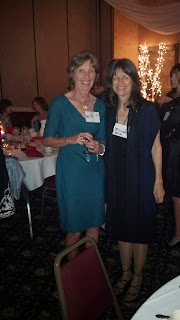 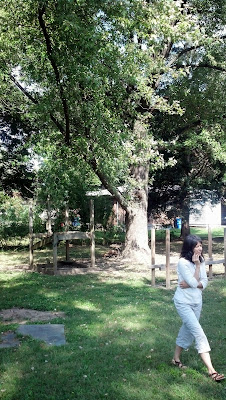 We then travelled to her hometown of St. Louis to attend her high school reunion, staying with her lifelong friend Sue Bowman.  Cricket always enjoys this weekend from start to finish! We even visited her childhood home. Those of you familiar with stories she tells about her childhood faith development in this home and yard would especially appreciate her connecting there---the house was empty and for sale, so we had free rein to walk around and take pictures. Her hometown was also the site of our getting to see our daughter Talia, touring with a Church choir, who were rehearsing there! 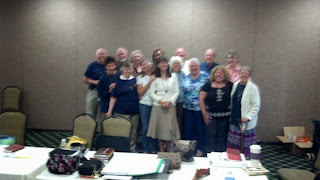 October drew us to do the annual retreat for the REC in Ridgecrest NC. Region Minister Jerry Rousseau asked Cricket to take a theme she had done with them a few years previously (Penance and Living Prayer) and expand it in Leadership areas, which went beautifully! 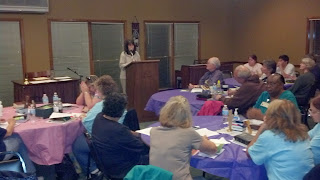 We then travelled to serve Cricket’s own secular Franciscan fraternity at their annual retreat in the Mt. Carmel Retreat Center in Hoschton Ga. Here she had prepared a wonderful set of talks and activities exploring communication issues from a Franciscan approach. (Jerry likes to say he ‘drives the bus and hauls boxes’, but he also leads some singing and activities in these retreats.)  Jerry also was honored to help Fr. Roy Lee do an evening retreat with music fitted to a celebration and exploration of the Mass. 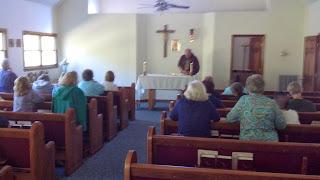 The last weekend included Cricket teaching a day of reflection for the Conyers fraternity where she is Spiritual Advisor, and this went so well they stayed for hours after it was finished! 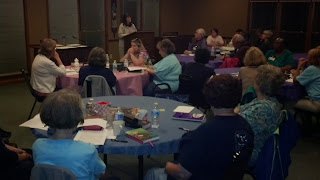 November began with Jerry getting to do something he also loves---solo jazz! Our parish had a thank you dinner for their stewardship donors and our Pastor had asked that Jerry do some ‘james taylor and such’ as background for the party. Jerry keeps threatening to do a church songs in jazz cd! 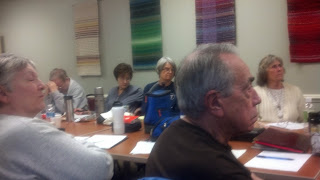 For perhaps the fourth or fifth year, we were honored to serve the annual retreat for the Blairsville Ga secular Franciscans, and there was much prayer and laughter and service as always! You can tell from the crowded nature of the picture, this group likes fellowship! 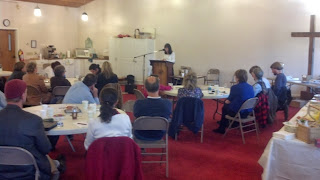 Cricket had led a Women’s Day of Reflection in the Spring in North Ga, and two attendees asked us to do a day of reflection and a parish mission at their beautiful church, St. Mark’s of Clarkesville, Ga. The mission is in Lent of ’14, but the day of reflection was with a wonderful prayer group that met regularly with up to 75 parishioners to deepen their experience and service in the Year of Faith!

Our next edition of this will include some new efforts we will be making in 2014! Thanks again for your prayers and support, and May God Bless you and yours this Advent/Christmas season!